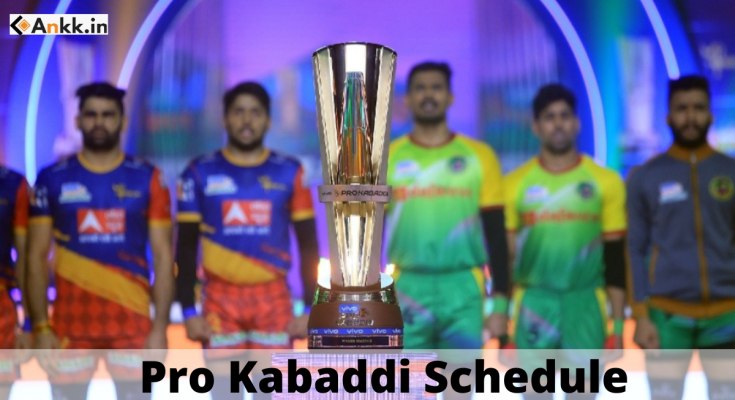 Pro Kabaddi League is once again returning with a new season and its fans are very excited. This is going to be the ninth edition of PKL and is already in the hype. Season 9 is all set to begin in October 2022. The excitement of the auctions began a while ago, and in between, this big news has already created a buzz. Just over two months are left and it is time for the franchise to take their pre-season calls. The tournament is scheduled at a different venue, so let’s look into the season 9 schedule.

Pro Kabaddi League is all set to begin in Oct 2022. But if you want to know the pkl season 9 schedule then you need to wait for some time to officially announced it. We will update you once the schedule for season 9 is out. The auctions have already begun and also most of the matches are scheduled in Bengaluru and Karnataka.

The schedule for the auction follows as:

Vivo Pro Kabaddi has been a professional Men’s kabaddi league and is a franchise sport. Its first season premiered in 2014 with 8 teams and Jaipur Pink Panthers emerged the winners of the first season of PKL. The ninth edition of PKL is all set to begin in October 2022. The auctions for season 9 were already done by the 4th and 5th of August 2022.

Are you a PKL fan? Who is your favourite player? Are you eagerly waiting for Season 9 schedule? Which team are you going to support? Are you satisfied with the auctions? Share all your thoughts in the comment box below.