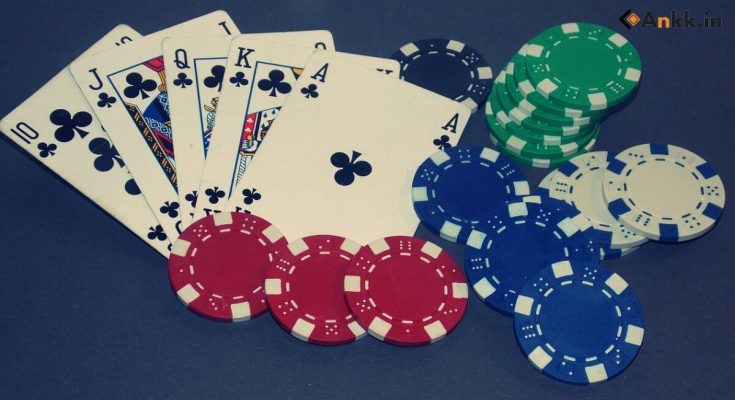 Poker is an age-old game. It is basically a card game where players need to form the best hand using 5 cards. It is the dealer who gives the cards to each player. The poker game has two popular variants. One is the Texas Hold’em and the other is the Omaha. Out of the two Texas Hold’em is the most played card game around the world. In this game, different hands are involved and if you can make the best of it, you win the game. However, the game is not that simple. You need to be thorough with the hand rankings in poker to win the game. If you are a beginner and just started understanding the basics of this game, here is a poker cheat sheet for you.

If you’re new to poker, there are a few terms you should learn before hitting the felt. Here are some of the most common poker terms you’ll hear at the table:

Preflop: Preflop is the primary betting round in a poker hand. It begins after each player gets their hole cards.

Flop: The flop is the first 3 community cards that a player gets in Texas Hold’em Poker. The flop is followed by a second betting round.

Turn: The turn is the fourth public card that a player gets in poker. The turn is followed by a third and final betting round.

River: The river is the fifth and last public card that a player gets. The river is followed by a final showdown, where every participant shows their cards to establish who has won the hand.

How The Game Of Poker Is Played?

In the game of poker different hands are used. The best one of the lot is the royal flush. In this hand, high-value cards must be present of similar suits. High-value cards are Queen, Ace, King, Jack and 10. Ace of spades, queen of hearts, etc are examples of Royal Flush.

5 cards arranged in a sequential order from a similar suit is known as the straight flush. This hand is right below royal flush. If a person has 5 cards with numbers 3,4,5,6 and 7 of clubs, it makes a straight flush.

Also called quads, this hand consists of 4 cards of the same ranks but one from a different rank. So, if you have four 8s and one 5 it is a 4 of a kind. These four cards can be from different suits. Like, 8 of clubs, 8 of hearts, 8 of spades and 8 of diamonds.

3 cards of similar rank and a pair of similar-ranked cards are known as a full house or boat. Three kings and two 9s can be considered a full house. It is the third-best hand in the poker rankings.

It is a strong poker hand if used wisely. 5 cards arranged in sequential order from different suits is called a straight. 8 of hearts, 7 of spades, 6 of clubs, 5 of spades and 4 of diamonds can make a straight.

When 2 sets of two cards with similar ranks are used by a player it is called two pairs. However, if more than a participant has two pairs then the value of their cards determines the winning hand.

When a player places 3 similar-ranked cards and two different ranked cards it is called 3 of a kind.

As the name suggests, two same-valued cards and three cards of different values are known as one pair.

The lowest hand in the ranking of poker is this one. In this case, you need to have a high-value card.

The best Texas Hold ’em Poker cheat sheet for playable poker hands can be found online. With a little bit of research, you can find the perfect cheat sheet to help you win big at the poker table.