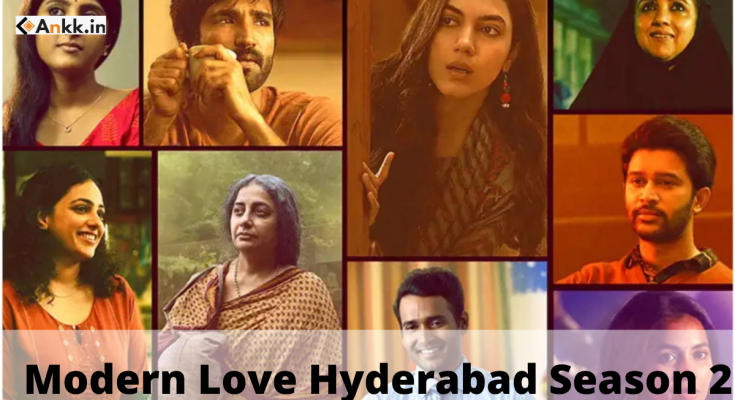 Modern Love Hyderabad offers a collection of calm stories on relationships, ranging from father-daughter trust issues to the need to find a soulmate. It’s not all about intense, undying love in this anthological series. It explores a wide range of topics that pertain to the human condition. The Hyderabad edition of the acclaimed international Original anthology ‘Modern Love’, showcases six diverse stories exploring different facets and forms of love rooted in the city’s many unique milieus.

Its season 1 is out and its fans are eagerly waiting for season 2. Let’s have a look at season 2 information!

The Amazon Prime Video anthology series is based on the long-running New York Times column Modern Love and follows Modern Love Mumbai in exploring urban relationships.Over 240 nations and territories will see the global Prime Video debut of Modern Love Hyderabad. Nagesh Kukunoor is the showrunner for this SIC Productions and Telugu Amazon Original series, which was created by Elahe Hiptoola.

Modern Love Hyderabad Season 2 date is still not out. Season 1 was launched on 8 July 2022. There are no updates on season 2, we will let you know if there are any.