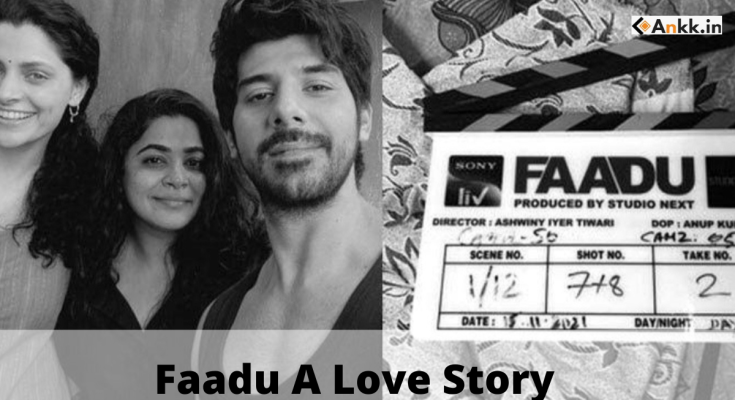 Ashwiny Iyer Tiwari, who is known to direct films like Panga, Bareilly Ki Barfi, and more, is all set to make her debut in digital space with the web series, Faadu. The show also features Saiyami Kher and Pavail Gulati in the lead roles. It is going to be an intense poetic love story between two different-thinking characters.

Ace filmmaker Ashwiny Iyer Tiwari is all set to make her digital debut with Sony LIV’s Faadu in which she will show the different shades of love and relationship. So let’s have a look at this love story.

Faadu A Love Story is an intense love story, directed by Ashwiny Iyer Tiwari. This web series is all set to air on Sony LIV featuring Saiyami Kher, Pavail Gulati and Abhilash Thapliyal and has been produced by Studio Next. The series promises to be an intense poetic love story between two contrasting characters. The screenplay of Faadu has been written by poet, theatre writer and director Saumya Joshi.

Faadu is a unique, intense poetic love story between two different thinking characters. The screenplay is written by poet, theatre writer and director Saumya Joshi. The show will stream on SonyLIV.The web series will show the desi socio comedy-drama with a strong message as Ashwiny Iyer always does with her projects.

The web series is right now in the filming phase its first schedule has been wrapped. Ashwiny took her social media to share the news that she is collaborating with Sony Liv for her digital debut called Faadu, ‘Streaming Soon’ they penned in the caption. Faadu shooting begins on November 15. We will let you know about the official date once it is announced.

Faadu’s A Love Story trailer is still not out. We will let you know once it is out till then you can enjoy its teaser.

Also read:- Modern Love Hyderabad Season 2: Is The Series Going To Be Renewed?