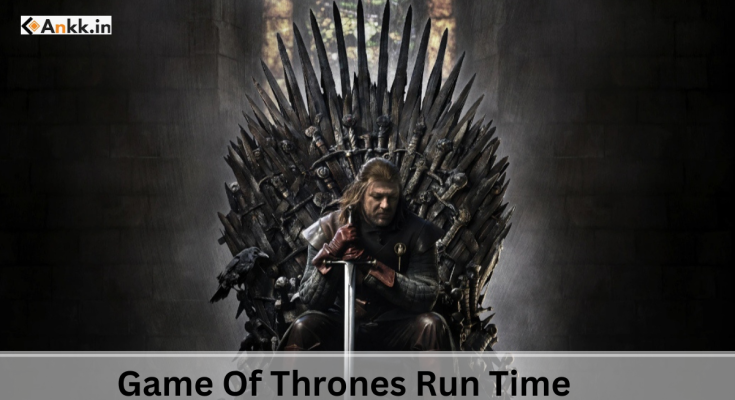 David Benioff and D. B. Weiss are the creators of the fantasy drama television programme Game of Thrones in the United States. The fantasy novel series A Song of Ice and Fire by George R. R. Martin is the inspiration for the show. The dramatisation of power battles between noble families competing for possession of the Iron Throne of the Seven Kingdoms takes place on the fictitious continents of Westeros and Essos. House Stark, commanded by Lord Eddard “Ned” Stark, gets entangled into plots involving King Robert Baratheon at the opening of the series (Mark Addy).

In this article we will have a look at the running time of all the eight season of Games Of Thrones and much more.

On HBO, the show debuted on April 17, 2011. Along with George R. R. Martin, Carolyn Strauss, Frank Doelger, Bernadette Caulfield, and D. B. Weiss, David Benioff and D. B. Weiss serve as executive producers. Croatia, Northern Ireland, Iceland, and Spain were among the sites used for the series’ filming. The programmes, which range in duration from 50 to 82 minutes, were broadcast every Sunday at 9:00 pm Eastern Time. Available on DVD, Blu-ray, and Ultra HD Blu-ray are all eight seasons. The eighth season of the show, which debuted on April 14, 2019, and featured six episodes, marked the end of the run. Numerous honours, including four Primetime Emmys for Outstanding Drama Series, have been given to the episodes of the show. 73 episodes were produced throughout the entire season.

It is a vast mediaeval fantasy tale that features warfare, politics, and occasionally dragons. Until its conclusion in 2019, the epic interweaving plots of feuding houses and fantastical animals kept the entire world on the edge of their seats. In reality, Game of Thrones’ first season is the longest, clocking in at little under 9 hours. Season 8 is the shortest at 7 hours, 10 minutes.