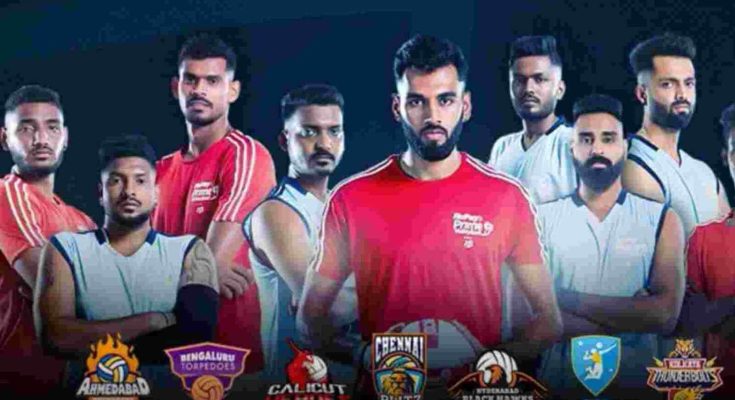 The inaugural season of the volleyball league was a huge success, with a total television viewership of 41 million, with commentary available in English, Hindi, Tamil, Telugu, and Malayalam. Furthermore, the RuPay Prime Volleyball League reached over 84 million fans across India, as well as over 5 million engagements from audiences via various digital platforms. A significant regional connection was also established via the modern social media platform Share Chat and substantial viewership on videos via Moj. The videos were viewed by over 43 million people across social media platforms. EatFit as Associate Sponsors and Cosco as Official Partner have been added to the RuPay Prime Volleyball League powered by A23 for Rupay prime volleyball league season 2.

The RuPay Prime Volleyball League season 2 powered by A23 is set to begin on February 4th, 2023, giving top volleyball players in the country another opportunity to showcase their skills in front of thousands of fans.

The Rupay Prime Volleyball League 2023 will be co-promoted and exclusively marketed by India’s leading sports marketing firm, Baseline Ventures, and will take place in three cities:

Calicut Heroes, Kochi Blue Spikers, Ahmedabad Defenders, Hyderabad Black Hawks, Chennai Blitz, Bengaluru Torpedoes, Mumbai Meteors, and Kolkata Thunderbolts will all play a round-robin before the top four teams in the league stage and advance to the Semi-Finals. The RuPay Prime Volleyball League Final will be held in Kochi.

“We are thrilled to announce the dates and venues for the Season 2 of RuPay Prime Volleyball League powered by A23. After the successful completion of Season 1, we are sure that this year’s competition is going to be even more thrilling and evenly contested. I would like to take this opportunity to thank all the partners, franchises, and players for their support. We are grateful that Sony Sports Network has once again shown faith in us and will be our broadcast partner for the second year in running, and we are delighted to join hands with Volleyball World to give our players an opportunity to showcase their talent around the world.”

“After the massive success of the first season, we are glad to be on board with Rupay Prime Volleyball League powered by A23 as the broadcasting partner. We believe that volleyball as a sport is evolving in the country and we are very excited to be a part of driving up this momentum. We are delighted to provide a platform to the top talent participating in this league and are confident that we will exceed all our
benchmarks of the last season.”

Where To Watch Prime Volleyball League Season 2 In 2023?

In the RuPay Prime Volleyball League Season 2 auction, players were assigned a value, and teams competed to secure their preferred names. The greater the price, the greater the expectation. Teams splurged on big names with massive reputations, paying exorbitant prices for them.

The top five most expensive picks in the RuPay Prime Volleyball Season 2 Player Auction are listed below.

Karthik, a veteran middle blocker from Karnataka, makes the list after being snapped up for a whopping ten lakhs. Karthik stood out among his peers as captain of the Kochi Blue Spikers, who struggled in Season 1 of the RuPay Prime Volleyball League. He will be represented by the newest team, Mumbai Meteors, in the City of Dreams.

Vipul Kumar, the former captain of the Hyderabad Black Hawks, will bring his delicate touch and sensible style to Kochi in Season 2. Due to his experience and control, the incredible setter from Uttar Pradesh was acquired by Kochi Blue Spikers for a whopping 10.75 lakhs. He would be the ideal person to turn their fortunes around.

Chirag Yadav, a 195 cm tall attacker from the state of Gujarat, was purchased by Calicut Heroes for a whopping 12.25 lakhs. Yadav will make his RuPay Prime Volleyball League debut this season and will undoubtedly be a player to watch. Calicut Heroes is banking on his services in Season 2, so expectations are high.

Hyderabad Black Hawks appear to have found a like-for-like replacement for setter and captain Vipul Kumar in former Bengaluru Torpedoes star Ranjit Singh. The experienced setter from Punjab was on almost every team’s radar, which speaks to his skill and seniority.

Haryana attacker Rohit Kumar is at the top of the list. Kochi Blue Spikers were overjoyed to secure their top target, adding another Hyderabad Black Hawks star performer from last season to their squad. Before his season was cut short by injury, Rohit was named Player of the Match twice for his outstanding start.